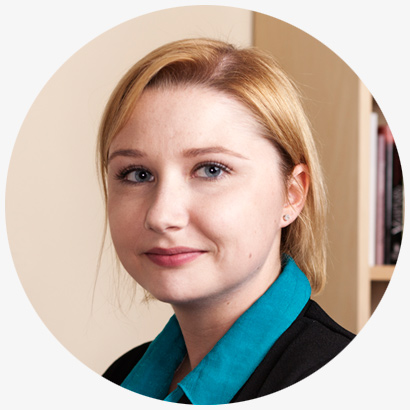 Like many university English majors, I started my undergraduate degree assuming I’d go into teaching after graduation. I’d had the foresight to study French as a minor and thought that would give me a leg up. Thankfully, about half way through my degree, I wised up and realized I’d make a horrific teacher.

Around the same time I was overhauling my future, I discovered via Twitter that one of my favourite poets had just signed a book deal. I quickly looked up his publisher and sent off a private tweet to his editor, laying myself at her feet, exclaiming that if she ever needed anyone to do anything, I’d be her girl. So after some emails back and forth, this editor on the west coast of Canada hired me to be a Jill-of-all-trades, sight unseen. I’ll never forget the leap of faith she took in hiring me.

After working for her for a few years both during and after my undergraduate, I decided I needed two things: an adventure and to commit to a life in publishing. So, I headed to the U.K., to do an M.A. in publishing at University College London. This was followed by work experience in HarperCollins UK’s children’s foreign rights department, Penguin UK’s Puffin marketing department, and across departments at Head of Zeus Books. With my new degree and work experiences in hand and after a whirlwind European tour across 20 different countries, I returned to Canada and was extremely lucky to find a spot at Westwood Creative Artists.

I joined Westwood Creative Artists in 2015 and regularly attend London Book Fair, Frankfurt Book Fair, and the Salon du Livre, representing WCA’s authors to the wider international publishing community. I am also an Associate Agent with my own domestic client list. My inbox is currently closed to submissions and will reopen again in early 2020. If you submitted prior to December 1, 2019 your submission will be read; submissions received from December 1 onwards will not be read. Please check this page in the new year and re-submit once I have re-opened to submissions in 2020.